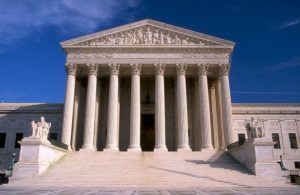 April 6, 2020—The U.S. Supreme Court today found that federal employers have broader anti-discrimination requirements under the federal Age Discrimination in Employment Act (“ADEA”) than private sector employers.  Therefore, federal workers are entitled to broader protections in employment decisions as they must be “made free from any discrimination based on age.”

Under the ADEA, the language covering federal employees is more expansive than the language protecting a private sector employee from age discrimination. However, the government fought for a more narrow interpretation of the ADEA as applied to federal workers contending that the same proof was required to show age discrimination as that for a private sector employee.  The government’s view was rejected in the Supreme Court’s decision today in Babb v. Wilkie, Secretary of the Veterans Administration, No. 18-882.  The issue before the Court addressed whether “the federal-sector provision of the Age Discrimination in Employment Act of 1967, which provides that personnel actions affecting agency employees aged 40 years or older shall be made free from any ‘discrimination based on age,’ 29 U. S. C. §633a(a), requires a plaintiff to prove that age was a but-for cause of the challenged personnel action.”

In ruling in favor of the federal employee, the Court  concluded:

The federal-sector provision of the Age Discrimination in Employment  Act  of  1967  (ADEA),  88  Stat.  74,  29  U.  S.  C.§633a(a), provides (with just a few exceptions) that “personnel  actions”  affecting  individuals  aged  40  and  older “shall  be  made  free  from  any  discrimination  based  on  age.” We are asked to decide whether this provision imposes liability only when age is a “but-for cause” of the personnel action in question.

We hold that §633a(a) goes further than that.  The plain meaning of the critical statutory language (“made free from any discrimination based on age”) demands that personnel actions be untainted by any consideration of age. . .

Neil L. Henrichsen has represented federal workers in discrimination claims for over 30 years. If you believe you have been discriminated against on account of age, contact Henrichsen Law Group, P.L.L.C. for a confidential consultation.